Day 25: Blood Brothers Count Down Day 25 of 28: 80's Pop and It is Ultravox and Definitely Not The Glamerines

Day 25: Blood Brothers Count Down Day 25 of 28: 80's Pop and It is Ultravox and Definitely Not The Glamerines 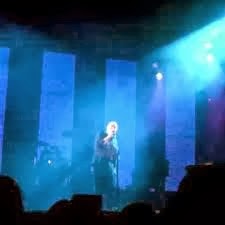 My new Book - Blood Brothers is to be launched on 1st October. This is day 25 of the countdown to the launch and I thought it was time for some true 80's pop. Here is Ultravox with We Stand Alone.

Ultravox is a British New Wave rock band. They were one of the primary exponents of the British electronic pop music movement of the late 1970s/early 1980s. The band was particularly associated with the New Romantic and New Wave movements.

I'm sure Ultravox would have encountered the Glamerines (featured in Blood Brothers) when they were out on tour in the 80s.
If you'd like to find out more Blood Brothers, the book is due to be published on 1st October 2013
You will be able to find Blood Brothers on Amazon at these links;
UK Bookstore
US Bookstore