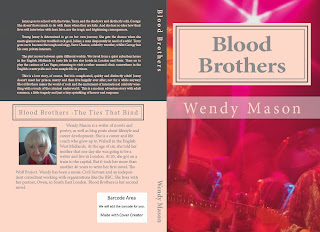 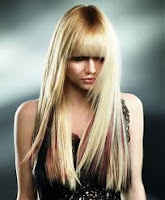 So we are getting near now and we've been re-editing the back cover. Thought you might like to know what it now has to say about the mighty Blood Brothers and the lovely Jenny Blond.

Jenny goes to school with the twins, Terry, and the shadowy and distinctly odd, Georgy.  She doesn't have much to do with them when they are kids. And she has no idea how their lives will intertwine with hers later, nor the tragic and frightening consequences.

Young Jenny is determined to go on her own journey. She gets the chance when she meets glamorous but troubled rock god, Julian; a man desperately in need of a wife!

Terry goes on to become the tough and edgy, Steve Chance, celebrity wrestler; whilst Georgy has his own private interests.

The plot moves between quite different worlds. We travel from a quiet suburban house in the English Midlands to life in five star hotels in London and Paris. Then on to the casinos of Las Vegas, returning to visit a rather unusual clinic somewhere in the English countryside and even sample life in prison.

This is a love story, of course. But it is complicated, quirky and distinctly adult! Certainly, Jenny doesn't meet her prince, marry and then live happily ever after; not for a while anyway!

Blood Brothers mixes the world of rock and the excitement of international celebrity wrestling with a touch of the criminal underworld.  This is a modern adventure story with adult romance, a little tragedy and just a tiny sprinkling of horror and suspense.

Bet you can't wait. Well Blood Brothers is due to be published on 1st October 2013
You will be able to find Blood Brothers on Amazon at these links;
UK Bookstore
US Bookstore